The problem of climate change and the growing awareness of citizens and institutions have led in recent years to an increase in investments in the alternative energy sector, both as regards the production of electricity and the management of water resources.
Specifically T.E.A. TEK followed the commercial promotion that a company of the ACEA group – ACEA R.S.E. (Energy Networks and Services) – carried out in Campania for the construction of Photovoltaic Plants on Sheds and Shelters of the main Campane companies at their own expense.
T.E.A. TEK supports the ACEA group in identifying the areas and companies interested in the construction of plants, follows the technical / commercial developments and applies for the construction of the plants themselves. In the free energy market, commercial relationships were developed with the FCA Group and its related companies for the construction of small-scale plants: a photovoltaic system was built on a parking shelter at the FIAT Research Center in Pomigliano D’Arco (ELASIS spa). For small and medium-sized plants, T.E.A. TEK counts some achievements on behalf of Martifer Solar, a Portuguese multinational world leader in construction and energy (Caltagirone plant).
The particular relevance of the systems is given by the type of photovoltaic panels installed (in Amorphous silicon).
Furthermore, since May 2013, T.E.A. TEK, through the investee Tek Energy, has created a series of medium-sized photovoltaic systems in the United Kingdom: the plant project also includes remote control and monitoring systems controlled by SIEMENS PLCs specifically created by the highly qualified technicians available to the Company .
Currently, two large plants are being built in Jordan and in the United Arab Emirates (Dubai): the latter in particular, once completed, will have a production capacity of 1.2 GW, making it the largest photovoltaic plant at world. The realization of these plants places T.E.A. TEK by right among the reference companies in the photovoltaic sector, with excellent growth prospects, particularly in the countries of the Middle East, as evidenced by the recent acquisition of a significant order for Egypt.

Design, construction, installation and testing of photovoltaic systems in all components.

Management of realized systems, maintenance of green areas and panels, security and monitoring.

Design of a photovoltaic system in all its components. Dedicated projects.

Engineering of a solar park, from the evaluation of the land to the final design:

Sizing of a solar plant
PV-SYST analysis: simulation parameters, shading definition, loss diagrams and system performance simulation
Electrical executive design DC and AC
Sizing of cables and all electrical components
Structural drawings and dimensioning of the structure support
Sizing of the CCTV system and monitoring system
Site / project management
Site staff (labor) in the quantity requested and with the qualifications necessary to meet the quality, planning and safety requirements of the project according to the schedule

We take care of everything concerning land preparation, drilling and piling.

Design of a photovoltaic system in all its components. Dedicated projects. 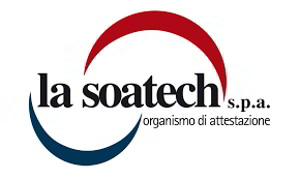 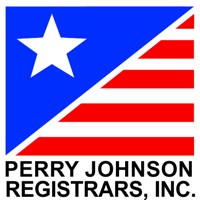